The Jewish Federation of Grand Rapids was organized in 1947 as the Jewish Community Fund in response to the emerging needs of newly founded State of Israel. From these roots, the Federation has grown by leaps and bounds through the help and involvement of the Grand Rapids Jewish community. The evolution from primarily a fundraising organization that helps Israel to also providing local programs and services, including in the areas of social services, senior assistance, immigrant assistance, cultural and community programming, singles involvement, youth and family activities, and summer camp for younger children, began during the last two decades of the 20th century.

Today the Jewish Federation of Grand Rapids works closely with other local, national and international Jewish organizations to help assure the sustenance and strength of the Jewish people in West Michigan and around the world.

THE STRENGTH OF A PEOPLE

THE POWER OF COMMUNITY 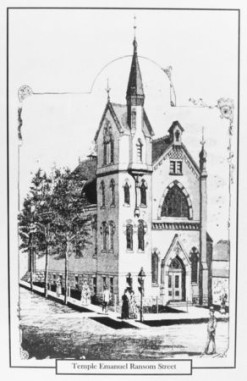